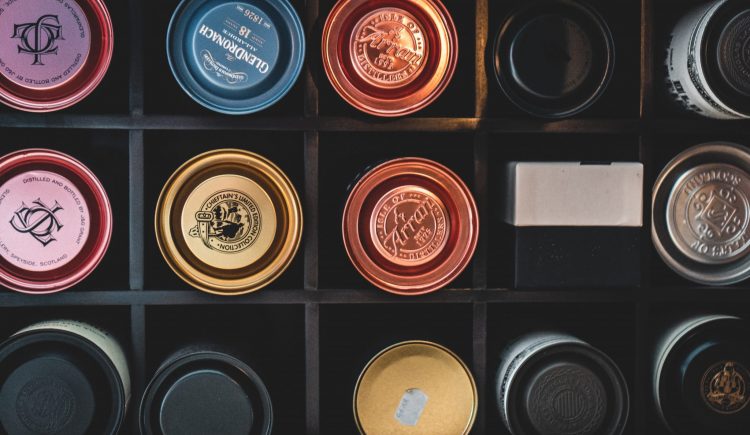 Welcome back to the Whisky Blog, where whisky knowledge leads to elevated whisky enjoyment. Today we tackle a bit of a touchy subject in the industry: Japanese whiskies that are made by blending scotch or canadian whisky. You may have heard some of the chatter going around…

”Are most Japanese whisky’s even made in Japan?”

“Are Japanese blenders trying to trick their American audience?”

“Is Japan even a real country?” (just kidding)

There’s no super straight-up answer. Japanese whisky is a relatively new phenomenon on this planet, and the massive market is still straightening out some growing pains. We’ll attempt to break down the details so you can continue to sip your favorite selections without wondering what’s real, who’s who and where’s where.

There’s lots of terms thrown around in the whisky world. An important distinction to start with is “Single Malt (Or Single Grain) Whisky” verses “Blended Whisky.” These modifiers normally pertain to scotch whisky—and as we know, Japanese whisky has always been modeled after scotch.

Malt whisky is made from pure malt, as in only malted barley.

Grain whisky is usually made from malted barley as well as malted grains.

Single malt whisky is an all-malt (again, barley only) whisky made entirely at one, single distillery. The liquid never left the building.

Single grain whisky is the same thing, but made from malted grain instead of pure barley.

Blended whisky is made by blending a malt whisky with a grain whisky. Or, whisky blended from different distilleries.

Of course, it gets more complicated. Single malts from different distilleries can be blended to produce Single Malt Blends, and the same goes with grains. So blended whisky, or scotch, can still be pure malt. Just not from one single place. Keeping up?

Blended whisky’s, whether pure malt or made with some grains, have helped to meet the growing demand and have made good whisky more accessible to more people. This is why blended scotch and whisky is most common across the market—Japanese whisky being no exception.

The Japanese Art of Blending

So, we’ve established what a blend is. But one must never overlook the blender. Even though many Japanese whiskies started their journey in Scotland or Canada or elsewhere in the world, their time in Japan was not for naught. One must not dismiss the rest of the process.

Master Blenders have an extremely important job. They make sure the whisky tastes exactly the way it’s supposed to taste from year to year. They make sure that every release of a branded blended scotch holds up to its name and reputation. It’s a task that requires precision, dedication and a bit of perfectionism—which is partly why the Japanese have been known to nail it. Japanese Master Blenders are uniquely dedicated to this craft.

Another process that absolutely cannot be missed in the making of whisky. Many Japanese distilleries impart their own style and regional ingredients into blended whiskies by further aging or finishing the process in Japan. Perhaps the most well-known example of this is whisky aged in Mizunara oak, a rare and prized white oak found only in Japan. Japanese whisky expressions aged in Mizunara oak barrels are seen as special representations of the Japanese land and spirit.

Japanese Whisky and Scotch: A History Together

It’s no secret that Japanese whisky has always paid homage to the traditions of scotch. Have you noticed, they’re both spelled without the “e”? That’s more than semantics.

As we’ve covered in our historic guide to Japanese whisky, the fathers of Japanese Whisky, Shinjiro Torii and Masataka Taketsuru, originally came together over a shared love and appreciation for scotch. They learned the trade in Scotland and brought it back to their beloved home in Japan, where their countrymen welcomed the new spirit with open arms. This sparked a trend of whisky makers across different regions of Japan, and Torii and Taketsuru went on to create the two biggest Japanese whisky dynasties: Suntory and Nikka, respectively.

So—Japanese whisky’s strong connection to scotch is nothing new. In fact, Nikka went so far as to purchase a Scottish distillery, so that it would be easier to obtain scottish whisky and meet the market demand by expertly blending and aging scotch liquid in Japan.

It is true, somewhat loose regulations in Japan have helped to create this gray area around Japanese-made spirits. When makers needed to meet demand, blending became a popular practice that was perhaps not properly advertised to consumers as it would have been in other countries.

But this just in—as of February 2021, there are new guidelines in town. Japan’s leading spirits trade group, Japan Spirits and Liqueurs Makers Association, released a set of rules to help consumers identify whisky’s that are Japanese-made through and through, from grain to bottle.

These guidelines technically only forcibly apply to members of the trade association. They are not government mandated; however, Japan’s biggest whisky brands Nikka and Suntory have set an example for the industry by stating their plans to follow the rules. So we’ll bet you a drink or two that many more makers will follow suit.

Which brings us to: World Blends.

Even before the new guidelines from the JSLMA, a few well-known blenders were already making a point to be more transparent in their whisky blends. Ichiro from Akuto, the famed Master Blender from independent favorite Chichibu Distillery, released Ichiro Malt and Blend as a World Blend—owning the process of using whiskies from different countries in order to create the final, masterful product (Ichiro Malt and Blend is a must-try this year). Other great examples are Suntory’s Ao and Amahagan World Malt, all released as statements of what could be the future of Japanese whisky.

Making spirits distilled from rice is both a burgeoning trend in the whisky world—known as “rice whisky”—and a  500-year-old tradition in Japan. The new guidelines specify whisky must be made from a grain mix that includes malted barley. Rice is perhaps the most authentic Japanese grain out there, but it’s not barley. And it can’t be malted, so it instead goes through a different process in order to get it ready for fermentation. It poses a bit of a predicament for the Japanese rice whisky makers out there, if they want to distribute under these new guidelines in Japan.

In the good ol’ USA, however, anything made from grains and aged in barrels can be considered whisky. Rice whisky checks those boxes, which is partly why they’ve made such a successful, delicious splash among American consumers and connoisseurs.

At the end of the day, whisky is good.

Hopefully this all cleared up some confusion. Whisky tastes better when you know more about what’s in the glass, right? Whether it’s a single malt or a malt blend or a world blend—what’s really important is that it tastes good going down.