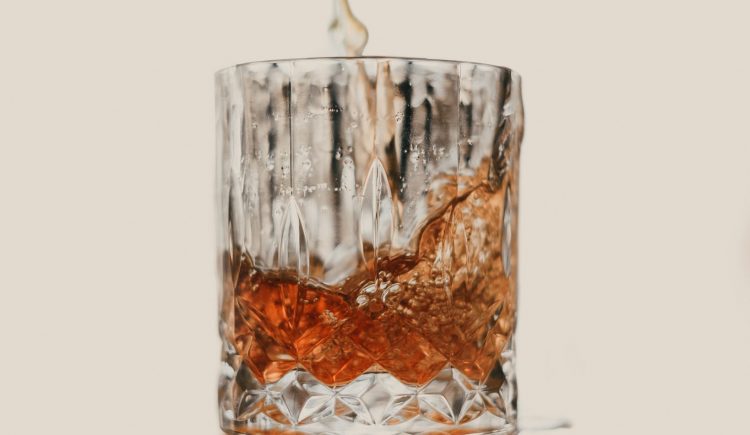 Hello and welcome back to the Japanese Whisky Blog, where we help you be more informed about what’s in your glass, so you can more fully enjoy each drinking experience. Whether you’re new here, or a seasoned whisky expert, you’ve likely seen the label Single Malt Whisky. You’re probably swooned or over a bottle or two, or splurged on one for a gift or special occasion. But what does it mean? What gives the Single Malt Whisky such a lofty label with a matching price tag?

Like we said, we’re here to break it down. We’ll cover everything you need to know about Single Malt Whisky from the viewpoint of our favorite kind (we’re biased): Japanese single malt whisky.

Here is your complete guide to Single Malt Japanese Whisky.

At first encounter, these two can sound like completely opposite concepts—a whisky must be either a single malt/grain whisky or a blended whisky. But alas! This is not the reality. A whisky can be both a single malt and have gone through a blending process. In fact, most whisky is—in one way or another—blended. 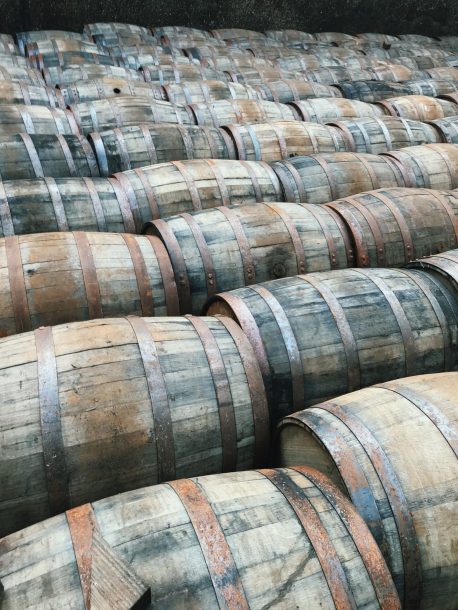 For each brand of whiskey, in order to make enough to go around, you need many barrels all aging the spirit at once. Then, the master distiller (or master blender) blends the liquids together in order to achieve the desired result. This also ensures this result is consistent with every release! Blending is the reason your favorite whisky from last year still tastes tried and true when you buy it today.

So, in short, all whiskey (even single malt whiskey) is technically blended. Well then, you may be wondering, what the heck is a blended whisky? When a whiskey is officially labeled a blended whisky, it is in fact it’s own distinct style. So what’s the difference? Keep reading to find out.

We’ll break it down, word by word.

Repeat after us: single means one single distillery. That’s it, that’s all it means.

When you see the word “single” in front of the label, it does not mean one single barrel or one single batch (those exist but they are very limited. Think about the size of one barrel!). Single also does not mean that only single people can drink it. Sorry, we just couldn’t resist that joke.

Making whisky involves a lot of work, time, space and equipment. In order to meet demand, or to experiment with different flavors and characteristics, many distilleries bring in barrels of whisky from other distilleries and masterfully blend them to release a new brand. This is what it means to be officially a blended whisky. Blended whisky is an interesting and blossoming category in itself, which is why we created a guide to blended whiskies here. 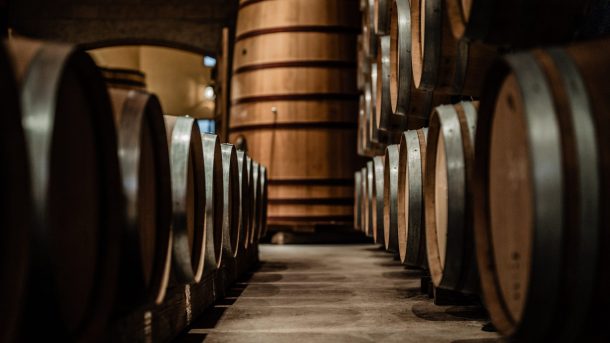 Single malt whiskies, if you remember from a few sentences ago, are made from start to finish entirely in one distillery.  This almost guarantees consistency and purity in taste and ingredients. If you are a big fan of one particular distillery, a whisky with the word “Single” on it is the best way to experience that distillery’s distinct expertise. It also requires a lot of time and manpower from that one distillery, which is why “single” can also translate into “splurge.”

While single and malt are often seen side by side, you should read them as two separate labels that indicate different characteristics of the whisky. While single refers to where the whisky is made, this next word tells you with what. We’re talkin’ ingredients.

Whisky, as you may know, is made from grain. If you’re a culinary connoisseur you may also know that there are lots of different types of grain. And the particular grain used to make whisky can make a big difference in the cost of making the whisky, and the taste of the final product.

As a rule of thumb, barley is usually the premium choice for whisky, particularly the category we’re focusing on, which is Japanese or Scotch whisky (more on that later). Many distilleries mix barley with other types of grains in order to achieve their desired taste or to produce more whisky for less investment. 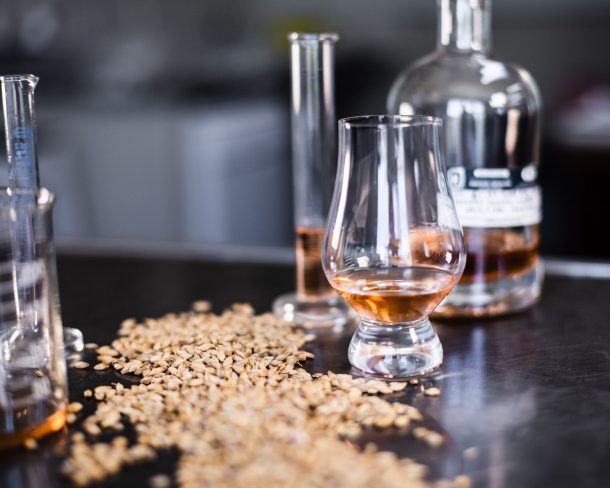 Malt whisky, however, is called so because it is made entirely from malted barley.  And only malted barley. Raw barley is harvested and malted, meaning soaked in water to start germination, release sugar molecules and prepare for fermentation.

If this sounds familiar, then you must know your beer. Malted barley is also a prime ingredient in beer, so the process is similar up until this point. Beer is simply fermented, while whisky is fermented and distilled for a stronger spirit.

This one’s a bit of a no-brainer, but it’s a bit more complex than it seems. Japanese on a whisky label means, well, whisky made in Japan! Japanese whisky has soared through the market in recent years, and frankly, both the Japanese whisky makers and the government are still trying to catch up. There’s been some dispute about the lack of regulations on Japanese whisky, and while a Japanese spirits trade organization has released some guidelines, they’ve inevitably led to more disputes. 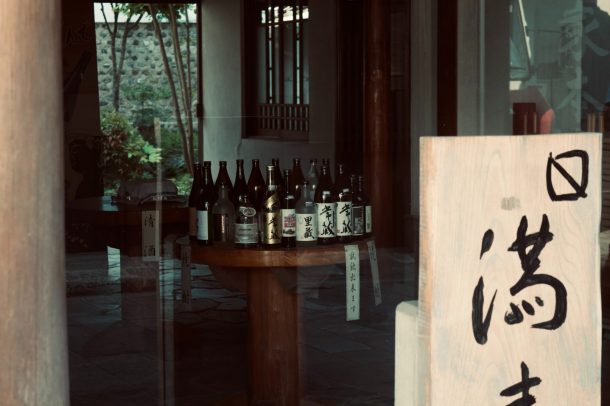 It all gets a little complicated, but for now, we’re focusing on Single Malt Japanese whisky, which is simply a whisky made in Japan that follows the aforementioned single and malt characteristics.

Oftentimes, Japanese distilleries import barley from the UK or from other countries where the barley is prime. But if that pure barley is malted and distilled into whisky, all within one single distillery in the country of Japan, then boom: a Single Malt Japanese Whisky.

Another deceivingly simple part of the label. In Single Malt Japanese Whisky, the whisky is spelled without an e before the y—did you catch that? There’s whiskey, and then there’s whisky.

This distinction originated in Scotland, which is the homeland of whisky without the e. Or, if it’s made in Scotland, otherwise known as Scotch. Scotch is a style known for being a malt whisky made from entirely malted barley, which is then heated over a peated fire for a smokier flavor.

Japanese whisky, from it’s very beginnings, was heavily influenced by Scotch and is still often made this way, which is why Japanese Whisky also leaves out the e. But don’t call it scotch—like the Champagne to France, whisky called Scotch must be made entirely in Scotland.

There you have your fun fact for your next whisky-tasting soiree. 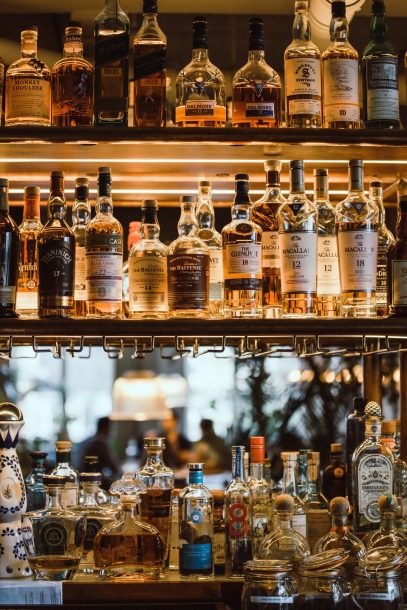 Now, this doesn’t mean every Scotch is identical to a Japanese whisky. Aging environment and cultural customs play a crucial role in a whisky’s final flavor. Scotch inherits flavors from the green, dense climate in Scotland, while Japanese whisky is formed by its own distinct climate and culture of the region of Japan it calls home. For example, Mizunara Oak is a tree native only to Japan, and many Japanese whiskies are aged in Mizunara Oak casks which contribute a distinctly Japanese characteristic.

When you drink a Single Malt whisky, you can expect all your favorite whisky flavors you’ve come to know and love, like smoke and oak with hints of honey or vanilla. Single malts, in particular, are best known for smoothing those flavors over without losing a bit of strength. Due to their purity of aging environment and ingredients, Single Malt Whiskies always strike a sweet balance of powerful taste and a soft, smooth drinking experience.

For your tasting pleasure, we’ve singled out the single malts from our Best Of lists, both Best Value and Best All Around: 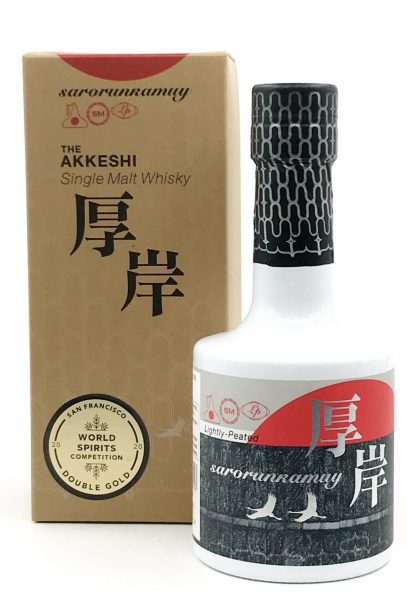 Good! We hope you had a lot of “ah-ha” moments while perusing this complete guide to single malt Japanese whiskies. We know the world of whisky can get confusing, but that’s what we’re here for. When you’re looking to continually elevate your whisky experience, a little education always goes a long way.

Check back on the Japanese Whisky Blog for more helpful guides. 2022 will be the year you really know your stuff. 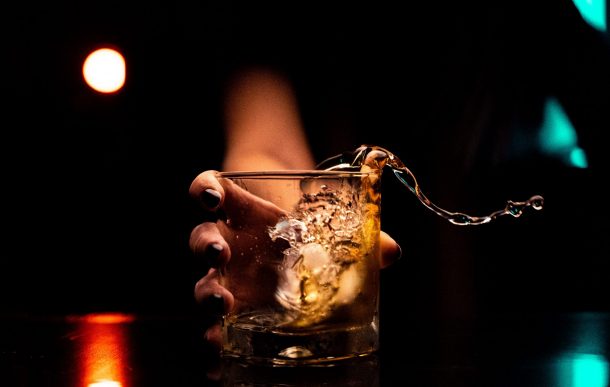