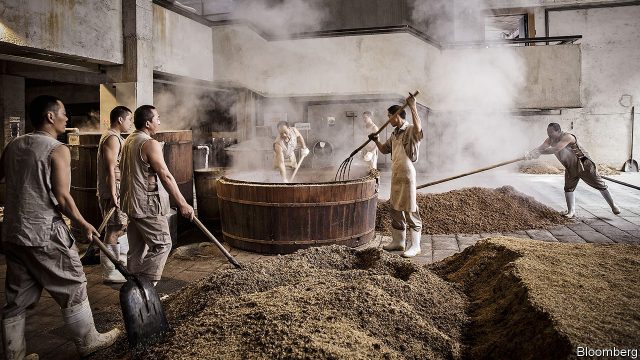 Distillers at Kweichow Moutai, the world’s most valuable alcoholic-drinks firm, like to tell an old story about their company’s first big break. It relates how, in 1915, Chinese officials chose to exhibit Moutai’s sorghum-based spirit at an exposition in San Francisco. When the doors opened the snooty American audience sneered at the delegation’s plain earthenware jars. Fearing disaster, or perhaps simply by accident, a Chinese delegate smashed one on the floor, releasing its aroma to the crowd. The scent and the commotion attracted the judges, who eventually awarded it a top prize.

The tale is told with relish to visitors in Maotai, the pretty riverside town in the south-western province of Guizhou that gave the company its name (the spelling of Kweichow Moutai is based on old-style romanisation). The medal the liquor won in San Francisco hangs in a corporate museum, next to a video-wall showing a re-enactment of the incident. That was the day, explains the exhibit, that the brand “went global”. Down a hill, in the heart of the town, is a plaza named “1915 Square” that hums with visitors. At its centre is a giant gold-painted monument in the shape of a cracked liquor jar.