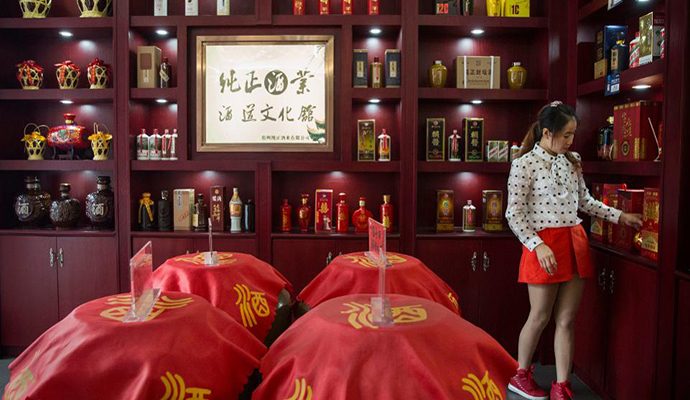 “Some may depict baijiu the way Muhammad Ali famously described his own boxing style — it stings like a bee, and makes you float like a butterfly with alcohol content upwards of 120-proof in some cases. The literal translation of “baijiu” is “white wine,” with its clear liquid resembling vodka. The initial taste though is often compared to paint thinner. Veteran journalist Dan Rather candidly referred to it as “liquid razor blades” when covering Richard Nixon’s 1972 visit to China.

The potent potion enjoyed a golden era leading up to 2012 when it was a staple at boozy banquets. It’s traditionally served in thimble-sized shot glasses and wholly consumed when anyone around a Lazy Susan raises a cup and shouts “Gan Bei!” which is supposed to suggest a colloquial-cheers. But really it means a firm bottoms up, see it off. It’s often regarded as disrespectful if anyone refuses to oblige.”

Read the full article by Pamela Ambler at Forbes.com: https://www.forbes.com/sites/pamelaambler/2017/11/12/get-ready-for-a-baijiu-martini-the-chinese-moonshine-that-packs-a-punch/