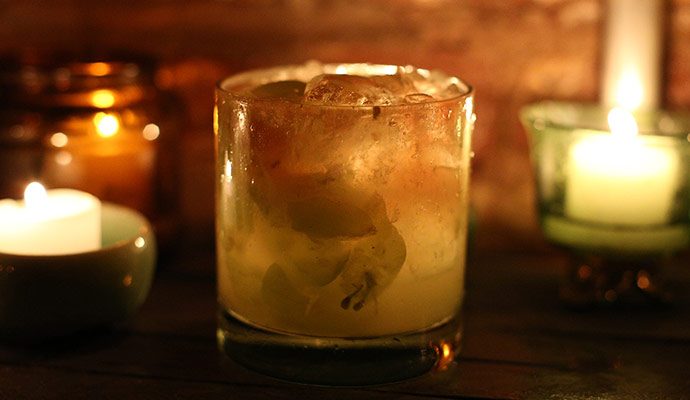 Ironically, the new watering hole with the most hard-core Asian influence in the city is owned by a Venezuelan. But Orson Salicetti, who helped put Apotheke on the map a few years ago, opened Lumos with an eye toward bringing baijiu—the best-selling spirit in the world—to the masses in NYC. The problem with making baijiu cocktails is… well, the baijiu. It’s high-proof, funky, earthy, and even slightly stinky—even in China, it’s mostly poured into thimble-sized glasses and slammed by businessmen completing a deal.