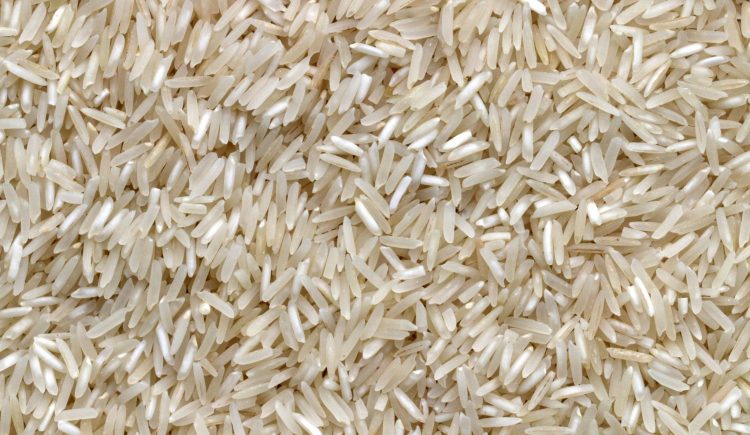 Whisky-lovers around the world (well, at least definitely here in the U.S.) are likely wondering…what is the deal with rice whisky? What’s the fuss about? You’ve heard about it, you’ve seen some headlines—you may have even had it in your high-ball once or twice lately. But we’re here to give you the latest and greatest information on the Japanese whisky mystery that is: Rice Whisky.

We’ll start at the beginning.

A history and explanation of Japanese rice spirits

Frankly, rice whisky itself has a somewhat short history. It has developed over recent years as a result of the expanding popularity of Japanese whisky, particularly in the United States. More on that later. 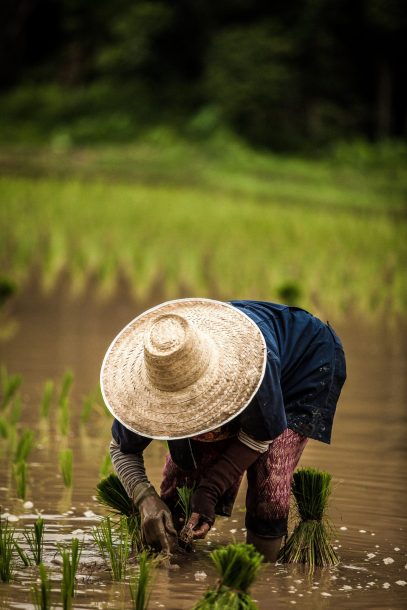 Rice spirits, however, is a different story. It’s no secret that the cultivation, consumption and downright celebration of rice has been engrained (see what we did there?) in Japanese culture since the beginning of time. Rice is arguably the most important grain in not just Japan, but the world. So, it’s also no surprise that folks—especially folks from Japan—have been making alcohol out of rice for a very, very long time.

There’s one particular spirit that’s likely to ring a big bell. Starts with “Sa,”  ends with “ke.” Here in the states it’s often paired with sushi, which is culturally incorrect, and the word  “bomb” which is painfully politically incorrect. *Sigh,* someday we Americans will get it together. For now, we will enjoy our Sake with delicious fish rolls and obnoxious table banging.

We digress. The origins of Sake trace so far back, we actually can’t find them. It’s known as the national beverage of Japan—in fact, sake quite literally translates to “alcohol” in English. However, there are a few more rice-based spirits that have made a name for themselves over the years:

Soju is typically made with rice but can sometimes use other grains such as wheat, sweet potatoes and even tapioca. It’s similar to liquor, like vodka, but low in alcohol content so can sometimes be referred to as more like beer or wine.

Sochu is also traditionally made with rice but can often use sweet potato or other grains. Unlike it’s twin sister Soju, who is often made with flavoring, sweeteners and other additives, Sochu follows a stricter process and is usually single-distilled, retaining the flavor of its original ingredients.

Awamori is a lesser-known distilled rice beverage. It is unique to the beautiful southernmost prefecture of the Okinawa islands, where it can be made year-round in the warm climate. It is distilled once, then often mixed with water to create a lower alcohol content.

Important to note: Soju, Sochu and Awamori all differ from Sake in that Sake is brewed (like beer), and these spirits are all distilled (like liquor).

So, how do these traditional rice spirits differ from rice whisky? There are a few factors. The first one is—as with most things whisky—all about process.

Step One: Polish the rice

The first and perhaps most important step is to polish the rice to remove any bitterness from the starches. More extensive rice polishing leads to higher-quality rice whisky.

This is a principle difference in rice whisky. Barley and other grains typically used in whisky are “malted,” or soaked in water, in order to convert starches to sugars (because sugar is what ferments into alcohol). Rice can not be malted like this, so we need a different method. That’s where Koji saves the day—it’s a type of mold that whisky makers mix into steamed rice. It goes to work converting starches into sugars and gets the rice batch ready for fermentation.

The almighty creation of alcohol. After a few days of letting the Koji work it’s magic, a yeast is added to start eating away at those sugars to ferment the batch. Usually, after about a week, more rice is added to create a larger batch.

This mixture is distilled in a pot at low pressure for a few weeks, until the ~18% ABV reaches about 45% ABV.

At this point, we have made Sochu. Congratulations. Technically, this could be bottled and sold and enjoyed. But when making whisky, there’s one more super important step…

As we’ve covered before, the aging and blending part of the process can really make the whisky. Just as with barley whisky, rice whisky can be aged in various different barrels and casks, for various different lengths of time, and then blended with other batches at the discretion of the Master Blender.

So, what we’re all really wondering is…does rice whisky taste different than other Japanese whiskies? If tasted side-by-side, it’s very possible that the rice whisky will have a slightly Sake-like sweetness on the tongue. Rice whisky is also known to finish a bit lighter and more floral. Other than that, just like all other whiskies, rice whisky will impart flavors from the vessel it was aged in—be it American oak, sherry, bourbon barrels, etc. 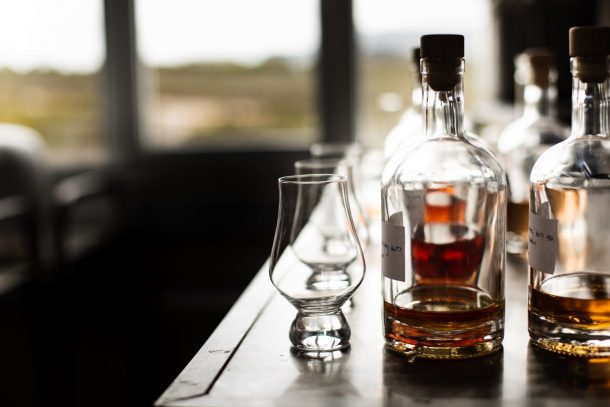 So, is rice whisky really whisky?

In February of 2021, a leading Japanese trade organization released what could be called the industry’s first standards addressing what can and cannot be bottled, labeled and sold as Japanese whisky in Japan.

According to the Japan Spirits & Liqueurs Makers Association, anything labeled “Japanese Whisky” must:

Rice can not technically be considered a “malted grain,” since it cannot be malted. It’s a bit of a bummer for rice whisky-makers, who will need to find a new way to label their products if they want to abide by these guidelines in the Japanese market.

Which brings us to a different market…the one you’re likely reading this from. 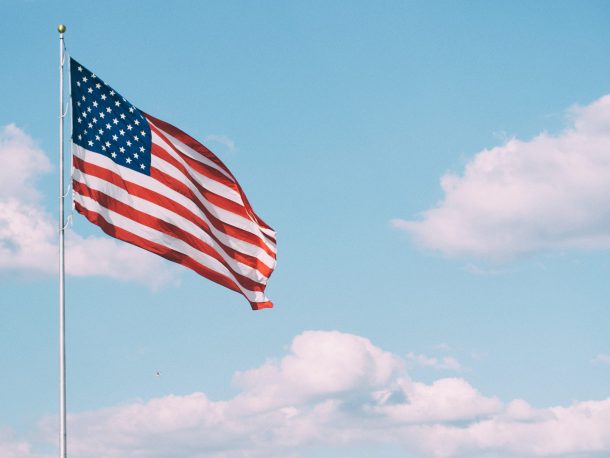 Rice Whisky in the good ol’ US of A.

Many of the top rice whisky makers were already focused on the US market, where all Japanese whisky products have really taken off in the last decade or so. These makers can proceed with business as usual and import their highly-rated rice whisky to us American drinkers.

Why? Because rice whisky passes the legal requirements to be considered “whisky” by the US TTB: it’s made from fermented grain, and then aged. Check, check.

The bigger question is…what even is whisky?

In Japan it’s defined one way, the US another. Canada, Ireland and Scotland all have their own definitions, too. It seems strange but one has to wonder, what the heck is whisky?

The oxford dictionary defines whisky as:

a spirit distilled from malted grain, especially barley or rye.

Looks like according to Mr. Oxford, rice whisky doesn’t quite fly as whisky.

The origins of the word whisky come from the gaelic term ‘uisge beatha’, or ‘usquebaugh’, meaning ‘water of life’.

Water of life? Yeah, that sounds spot-on to us.

Our point is, the varying definitions of whisky is nothing new. Just like with other spirits (ahem, champagne vs. brut vs. prosecco), naming and labeling guidelines vary across the world. And they change frequently. In Japan’s case, the new standards mark important progress towards clarity and transparency in the industry. But there’s always a chance for rice whisky-makers to make their case, and change the guidelines down the road. Only time will tell. 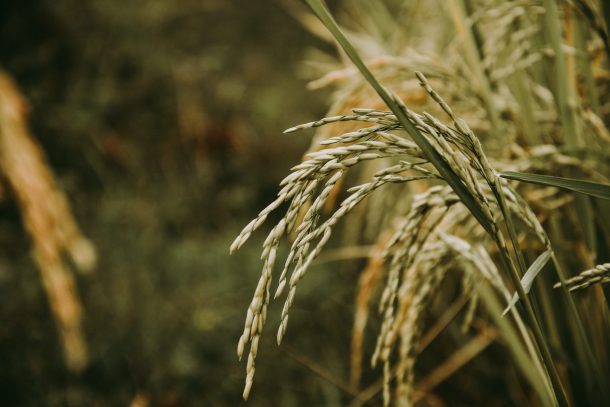 However you want to define it, Rice Whisky is a must-try for Japanese spirit lovers.

Rice whisky continues to grow in popularity among US craft whisky drinkers, due to our natural curiosity for something unique and it’s obvious connection to a pivotal part of Japanese culture.  Regardless of the new guidelines, it’s a spirit distilled from Japanese rice, which makes it an all-around delicious and distinctively Japanese experience.

We know, all this talk about rice whisky has made you thirsty.

Here are a few recommendations for beginners and connoisseurs alike: 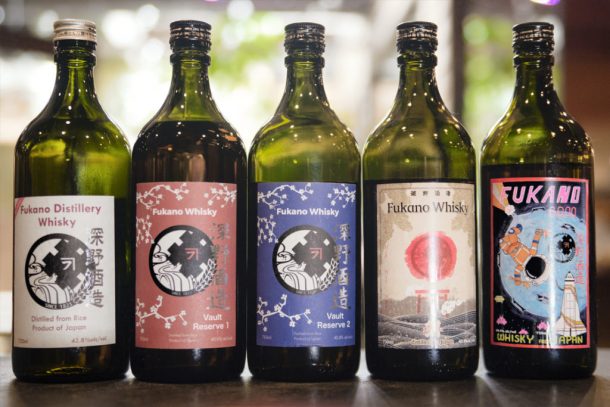 Fukano Whisky is made with 100% locally-grown rice from the Kumamoto prefecture, located on the island of Kyushu in southern Japan and famously known for rice farming. Fukano Shuzo Distillery has a rich history and is currently run by the fifth generation of the  Fukano family. 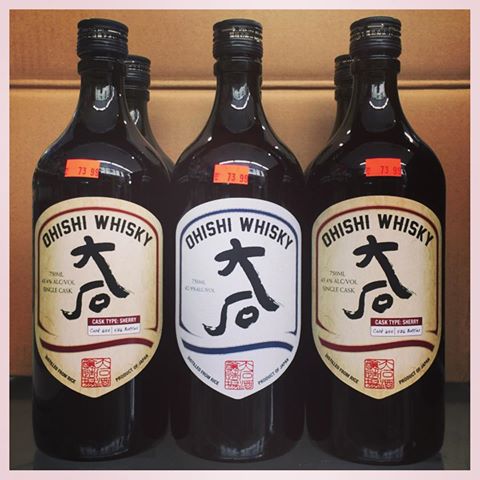 Ohishi Whisky comes in many different expressions, aged in different cask materials and for various years. Ohishi distillery also touts the birthplace in Kumamoto, where conditions are said to be ideal for rice whisky making. 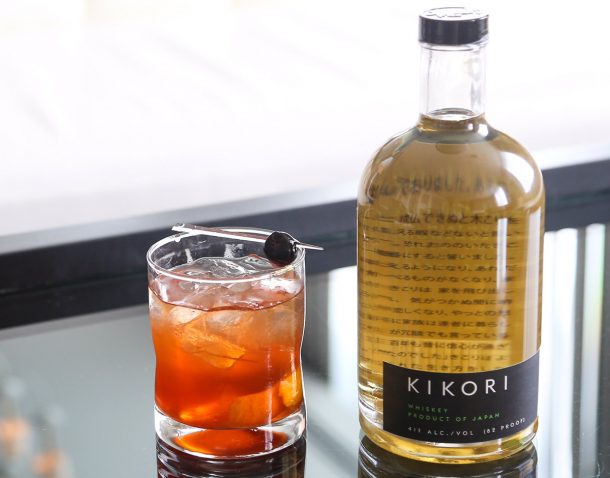 One of the most well-known brands in the US is Kikori Whisky,  also made from Kumamooto rice and famously owned by American-born Japanese woman Ann Soh Woods. Kikori Whisky has won many awards and Ann Soh is widely recognized as responsible for introducing gender diversity to the industry, and introducing rice whisky to the US market.

The Kujira Ryukyu brand is also quickly making a name for itself here in the US. Each expression comes from a different distillery within the Okinawa Islands, and each modeled after the original spirit Awamori—made from Long Grain Rice and fermented with the regions’ native Black Koji. This brand wins for most unique of the bunch.

There you have it, folks. Now you understand more about rice whisky—and therefore, more about whisky itself.

So, what does whisky mean?

More importantly: what does whisky mean to you?