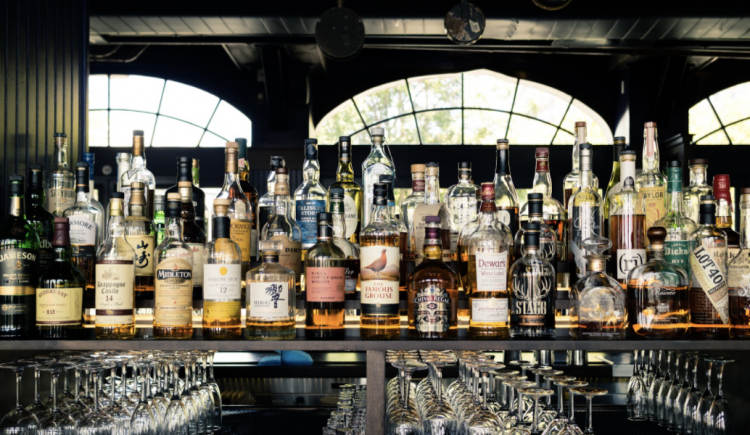 It’s the beginning of the new year, which means we’re making our resolutions and ready to better  ourselves. Or, in the very least…we’re ready to better our taste in whisky. 2021 is the year we step up our sophistication and delve into the renowned category of Japanese whisky.

So, your standards are higher in 2021. But your budget…not so much? Not to worry. We’ve got you covered with a breakdown of the best Japanese whisky to try this year, to break your teeth on the booming category—without totally breaking the bank.

We’ll start you off with an absolute can’t-miss classic. Widely available and wonderfully affordable, this Suntory selection is the ideal introduction to Japanese Whisky. When you’re looking for a smooth drinker that showcases the skill of some of the world’s most renowned blenders, in the words of the great Bill Muray—”Make it Suntory time.”

“Toki” is actually the Japanese word for “Time.” So Bill’s being a bit redundant here.

Silky smooth with aromas of green apple, a subtle fruity sweetness on the tongue and a spicy finish with hints of white pepper and ginger. If neat isn’t your thing, this selection is superb in a whisky soda.

When it comes to Japanese Whisky distilleries—Suntory, frankly, needs no introduction. But maybe you’re new here, so we’ll give you one. Suntory was founded by Shinjiro Torii, who is known as a Father of Japanese Whisky. Suntory began by importing spirits before turning a passion for Scotish Whisky into the Japanese-made product and category that we now know and love. Read more on that history here. Today, Suntory owns three different distilleries in Japan: Yamazaki, Hakushu and Chita. Toki is Suntory’s flagship product and one that introduced American’s to Japanese Whisky.

Another bottle from a well-recognized and well-regarded big whisky brand, this is a favorite for newbies and experts alike. The former, be warned: don’t be fooled by a familiar-sounding word in the name. Your friends will laugh at you. “Coffey” comes not from a caffeinated ingredient but a man named Aueneas Coffey, who invented a new type of still now named after him. The coffey still is uniquely shaped and gives this Nikka Coffey Malt and truly one-of-a-kind flavor. The Nikka Correy Grain Whisky is another delicious and affordable selection, but the Malt makes this list as a more traditional whisky distilled from 100% malted barley.

Coffey distillates are known for sweet and mellow flavors. This one boasts a particular rich maltiness, complexity and a silky texture. Perfect for somewhat inexperienced sippers.

As we mentioned, Shinjiro Torii is known as one of the Fathers of Japanese Whisky. “Fathers” is plural. The other historic figure we thank for gracing the world with Japanese Whisky? Torii’s apprentice in the replication of pure scottish whisky with an added Japanese flare, Masataka Taketsuru. In the 1930’s Taketsuru founded Nikka, which now owns two distilleries as one of the biggest whisky makers in Japan. You’ll see this name again, maybe even in this very article.

A list of best whiskies would be remiss without mentions of some of Japan’s smaller craft distilleries making a name for themselves amidst the global Japanese Whisky community. Ichiro’s Malt & Grain is a masterpiece by the king of independent blenders, Ichiro Akuto of Japans’ beloved Chichibu distillery. Ichiro expertly blends the distillery’s own malt whisky with grain whiskies from other distilleries around the world, giving it the unique distinction described on every bottle: “worldwide blended whisky.” Go ahead, impress your fellow drinkers with that tidbit as you pour a glass.

Lively and complex with friendly fruit notes, this selection is a gentle sipper.

Founded in the early 2000’s, Chichibu sits north-west of Tokyo near a Japanese city by the same name. Cold, cold winters and hot, hot summers mimic the extreme conditions in Scotland said to create an environment that whisky loves. After working for Suntory, master blender Ichiro Akuto set out to make a name for himself and established Chichibu, now one of Japan’s favorite independent distilleries and Ichiro now known as one of the best independent Japanese blenders of the 21st century.

Another renowned release from the House of Suntory unsurprisingly makes the list. Suntory Whisky Hibiki® is widely embraced as among the most popular blended brands in the biz. There are multiple expressions including the highly-awarded Hibiki 17, 21 and 30-years, but the Hibiki Harmony is the most affordable and available of the bunch. An aptly-named harmonious blend, we recommend seeking this one out as a must-have in the basement bar and an absolutely unbelievable bang for your buck.

An herbal nose of rose, rosemary and wood meets a honey-sweet palate with candied orange peel and rich white chocolate. A subtle long finish completes with hints of Minunara oak, a prized Japanese oak known for finishing some of the best Japanese spirits.

We’ve said it before and we’ll say it again: you can’t spell Japanese Whisky without S-U-N-T-O-R-Y. The Hibiki brand launched in 1989 to commemorate Suntory’s 90th anniversary. The brand celebrates the unrivaled craftsmanship of the world-renowned Suntory blenders.

A flagship from Japan’s oldest distillery, the introductory Single Malt White Oak expression of the Akashi brand is revered for its unrivaled value in the Japanese market. Hence it’s position here on this list of the best budget-friendly whiskies of 2021. This innovative blend combines corn grain and malted barley, this selection is subtly reminiscent of a nice bourbon, likely from itts aging in bourbon barrels. It all makes for a  deliciously smooth transition from classic whiskey to Japanese Whisky.

Notes of bourbon combine with a sweet finish from Sherry barrels, this profile has been described by experts as “candied bacon.” Need we say more?

White Oak was born all the way back in 1888, making it the oldest distillery in Japan. This independent gem was the first to obtain a license for whisky-making, but stuck to their saki expertise until recently deciding to put that ol’ whisky license to use. And aren’t we glad they did.

This one from Nikka stands out as another easy-drinking entry into the world of Japanese whisky. A harmonious blend of a few already-top-notch whiskies, including the aforementioned Coffee Malt, Nikka Days is a bright, simple sipper designed for what the name suggests—a little daytime enjoyment, perhaps. Try this one on a sunny saturday in a refreshing highball. Front porch recommended but not required.

A mellow, medium-bodied mix of fresh fruit flavors, warming toffee and a subtle touch of smoke.

We told you we’d see Nikka again on the list. Nikka Days is the latest release from Japanese whisky giant. If you’re looking for true quality that won’t let you down, Nikka is always a safe bet. 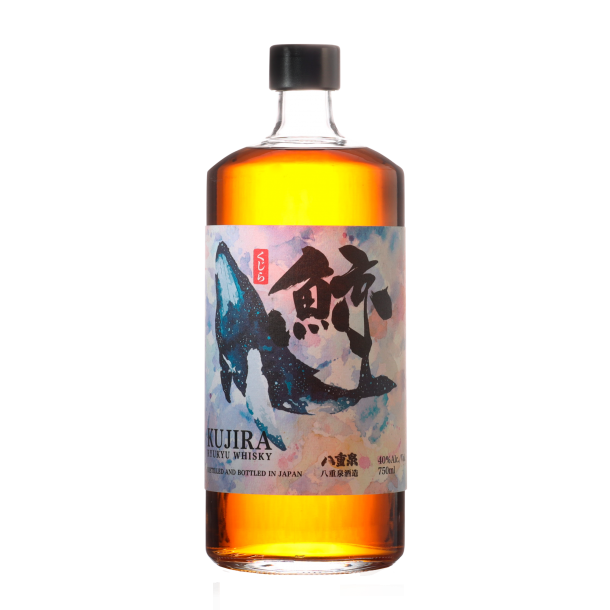 The Ryukyu islands are beginning to build a name for themselves as the “Kentucky of Japan,” with the making of this bottle at the helm of a wonderful whisky-making movement. A true celebration of the close-knit community, each Kujira Ryukyu is made with 100% Japanese rice grain distilled from different makers across Okinawa. This one, with no age statement, is the only one that makes the “affordable” category. Start with this one from Taesen Shuzo distillery, and eventually graduate to the highly-awarded 8, 12, 20 and 30-year expressions. You won’t regret it.

From their dream-like home on the island of Ishigaki, the distillers of Taesen Shuzo have gifted the Okinawan community with handcrafted spirits since 1955. Now, they’ve gifted us with the youngest of the Kujira Ryukyu. A nod to the age-old traditions of it’s makers, you’ll find this N/A expression to be wise beyond it’s years.

Another stand-out in Japan’s small distillery movement, this blend has been a staple on the roster of Shinshu Mars distillery ever since it’s well-received launch in 2015. The Maltage Cosmo gets its unique name from the process of blending pure Scottish whisky with whisky made in Japan. The result is a masterful mix of whisky tradition and modern innovation.

Fruity aromas lead to a more complex palate of oranges, chocolate and oaky spice. The finish lingers with deep dark fruits and another touch of cocoa.

This distillery stands out—literally, located at an altitude of over 2,600 feet in the Japanese Alps. See what we did there? Japan’s highest distillery is known for its use of high-quality mountain water and a number of premium selections released from a surprisingly small distillery.

This is another shining example of using international malt, in this case Canadian grain and Scottish malt, and creating a whisky that’s assembled, aged, and bottled in Japan. From Chugo Jozo Distillery near Hiroshima, this one is the accessible and affordable flagship from the Togouchi brand. Another interesting fact to impress your friends: this whisky was aged in the town of Togouchi in an unused railway tunnel.

Due to the canadian and scottish grains, expect this whisky to mirror your scotch experiences. A bit of smoke, vanilla sweetness and white pepper stand out in a medium body.

This distillery began when Chugoku Jozo stumbled upon the abandoned railway tunnel and found it to inhabit ideal conditions for ageing shuchu and whisky. These makers are known for taking

This whisky is so good, it made the list for high-spenders, too. Made with 100% malted barley Scotch Whisky, blended in Japan and then cut to proof with the legendary volcanic stone filtered water of Totorri Prefucture. It’s surprisingly affordable price point and it’s sweet sherry-forward profile makes this a no-brainer for those seeking a Japanese Whisky starter pack.

Volcanic-filtered water makes this bright and clean with citrus-forward beginnings that give way to the sherry’s tart, lingering finish of fresh berries.

Matsui Shuzo is famed for it’s northwest location of Kyoto where it faces Mount Daisen—a mile-high volcanic mountain amidst the fertile soil of Totorri Prefucture. While it’s products are renowned for special purity and distinction, the Distillery itself keeps a low profile without visitors or direct sales. This is another smaller gem you may want to get familiar with.

Use this list wisely, friend. Most of these whiskies can be found at your local Total Wine or from online retailers in most states. Try to grab a few and host a tasting with your buddies—a great way to become a more attentive whisky taster. We wish you good tidings in the new year, and we hope to have helped guide your journey into the wondrous, rewarding world of Japanese Whisky. Now go make Murray proud. 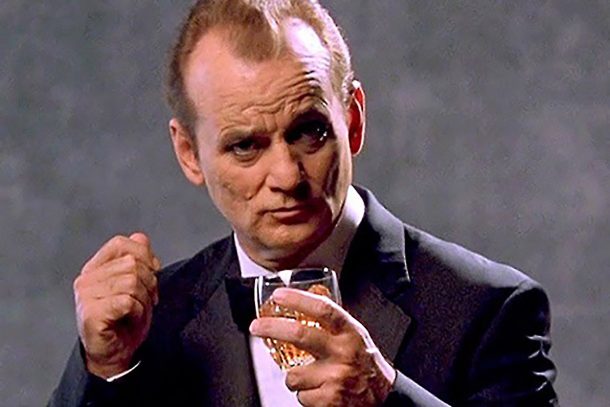