You’re heard the names. You’ve seen the bottles on the shelves, you’ve noted the awards. But do you really know the why, or the how these two distillery companies became the dominating conglomerates they are today? In fact, Suntory and Nikka’s success was built on more than good whisky and good business. This blog will help you understand the full story, so you can fully enjoy every sip made by these whisky masters.

Firstly, you must know that these two distilleries go way back in the Japanese whisky industry. Like, pretty much as far back as it goes. Shinjiro Torii and Masataka Taketsuru are known as the father’s of Japanese Whisky. History buffs head here to the full breakdown of Japanese Whisky beginnings. 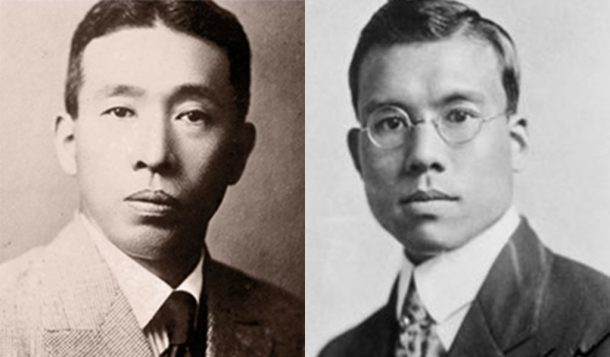 What you need to know is that Shinjori Torii was a food & beverage business man who loved scotch. Masataka Taketsuru was his young apprentice who excelled in chemistry. Together, they brought scotch-style whisky to their home country of Japan. And the rest is…well, Japanese Whisky.

Shinjiro Torii got things rolling when he established the Yamazaki Distillery in 1923, which later became part of his larger company named “Suntory.” Masataka Taketsuru continued to work for as their head distiller for about a decade, before deciding it was time to venture out on his own. In 1934, Taketsuru established—you guessed it, Nikka whisky.

So, these two not only share an arguably equal share of the current market—they are bound together by their origins.

Then comes the capitalism.

Enter: post-war Japan. Culture has been internationalized and whisky popularity takes off. Being among only a few distilleries at that time, both Suntory and Nikka saw great success throughout the mid-20th century.

Over the next few decades, Shinjiro Torii—always the business man— and his descendents turned Suntory into a larger holding company. Most notably, in 2014, Suntory acquired Beam, Inc (you may have heard of it) to become Suntory Beam, Inc. They have many joint ventures with Pepsi, which attributes to the expansion. Oh, and they own all of these brands too. So, when it comes to financially supporting its whisky making and otherwise, Suntory is in good shape.

Masataka Taketsuru, on the other hand, was always more of a chemist than a CEO. Nikka sold to Japanese Food & Bev conglomerate Asahi Group Holdings in 1952, a sellout that allowed for the whisky part of the brand to not only stay afloat, but attain the needs to thrive.

But the whisky has remained.

Even though both establishments of the Father’s of Whisky have expanded to corporations, the whisky-making itself has stayed true to their roots. 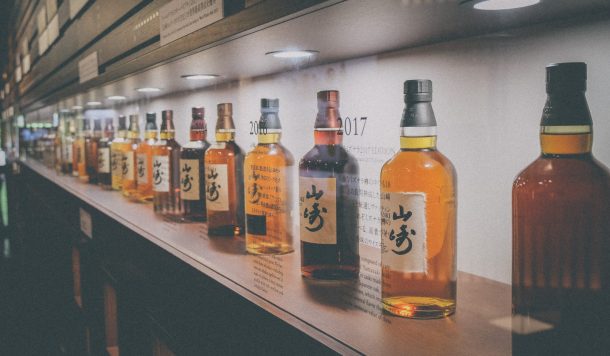 Nikka produces their whiskey from two main distilleries: the original 1934 Yoichi Distillery was established by Masataka Taketsuru himself due to the ideal location for scotch-style whisky making, and Miyagikyo Distillery was established in 1969 to focus on more creative styles and complex blends. Compared to Suntory’s traditional niche, Nikka’s focus on modern and experimental styles has resulted in eight different whisky brands, plus one Gin/Vodka line made in their unique coffee stills.

Nikka From the Barrel

If you didn’t know, now you know.

Of course, there are surely countless other factors that have led to the success of these two Japanese companies. Their historic relevance is undeniable, and without the founders of these two brands we may not be here talking about Japanese Whisky to begin with. And their status as global corporations and holding companies certainly has helped get more whisky into more hands, especially here in the United States. And hey, we’re certainly not complaining—because one fact remains: they make some darn good whisky.