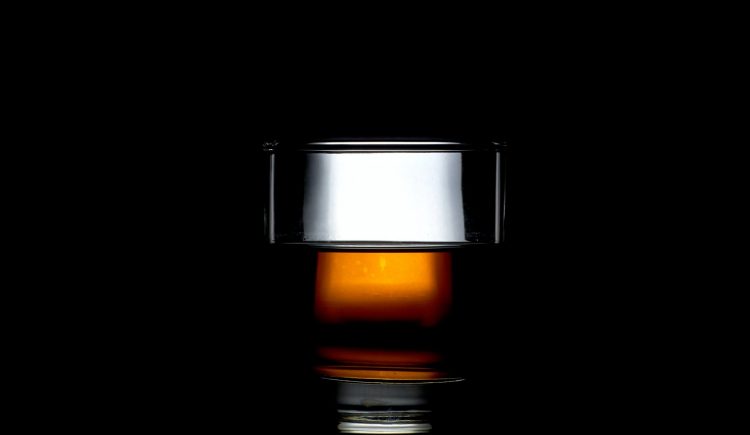 So, you’ve heard the buzz around Japanese whisky from all your coolest high-ball cocktail friends. But you may be wondering: what’s the big deal about Japanese Whisky? There has to be something pretty special about this marvel of Eastern malt magic that is Japanese whisky, or else we wouldn’t have built a whole blog around it and you wouldn’t be reading it.

The popularity of Japanese whisky is as complex as the whisky itself. There are many elements mixed to make the perfect rise to fame of whiskies coming out of Japan, from both small boutique distilleries to major producers.

Here’s what you need to know about what has made Japanese whisky so noteworthy.

An Ode to Scotch

This first distinction to know about Japanese whisky is that it follows Scottish whisky traditions. You may have noticed a spelling nuance in Japanese Whisky, versus the more basic spelling of Whiskey. It may seem like just one letter, but it’s one letter of great importance. Whisky without the “e” indicates a scotch-style whisky which, until now, was primarily made in Scotland. 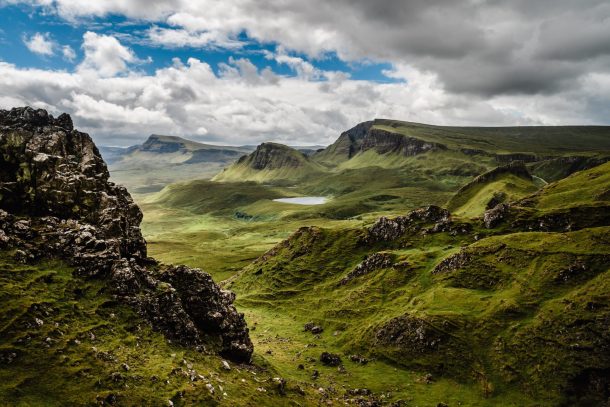 Throughout all the whiskey styles and the trends that come and go, Scotch has always and forever been recognized as an original standard of premium whisky. Scotland is the land of quality barley, from which makes the best pure malt, which in turn makes some dang good whisky. In fact, back in the late 19th century when whisky was just a twinkle in the eye of Japan, the father’s of Japanese whisky were heavily influenced by Scotch and even went to Scotland to study the intricacies of the style. Then, they came back to Japan to make it their own.

Scotch whisky always had its own notoriety—and even its own spelling—because no one could do it quite like the Scots. Until Japan entered the picture. Japanese distillers began to almost beat the Scots at their own whisky game, with unique Japanese nuances that helped it shine in its own category.

Whiskey is much more than a warming libation that tastes delicious. What’s in your glass is a beautiful expression of distinct cultural characteristics from each whisky’s homeland.

There are a few concepts, existing only in Japanese language and culture, that contribute to what makes Japanese whisky so special:

A guiding concept in Japan meaning “Western, technology, Japanese spirit.” The phrase refers originally to the times of western modernization, when the Japanese were determined to adapt to new technologies while staying true to Japanese traditions. Today, Japanese whisky makers use the best technologies in the world, often imported from Scotland, and add a bit of the Japanese spirit. The result? A spirit, indeed. An award-winning, world-renowned whisky.

The philosophy of constant, continual improvement. True to their culture, Japanese whisky makers have a particular attention to detail and refusal to settle for anything but the best. When a whisky is made in Japan, you can be sure every ingredient and every part of the process was meticulously executed. This shines through in the delicate yet powerful characteristics of Japanese Whisky.

Many credit these cultural traits with the outcome of extremely high-quality, well-made whisky that has taken the world by storm.

Of all the styles and regional divides, there is one completely universal element of all whisky: aging. While whiskies can taste similar based on style and tradition, no two whiskies are truly alike. The aging and maturation process allows the liquid to physically absorb characteristics of its environment.

This makes each whisky a product of its surroundings. Japanese whisky is no exception—and overmore, Japan boasts some of the most diverse and lush natural surroundings on the planet. From rainforest to tropical beaches to snowy alpine peaks, the varied climates and changing seasons across regions of Japan add special complexities to the whisky that’s aged or blended there. 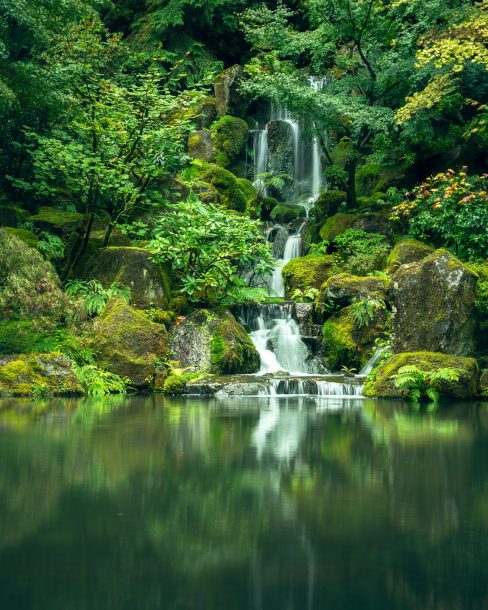 On the topic of Japan’s breathtaking natural surroundings, we cannot overlook one of the most key contributors to the whisky taste: the water! Long story short, quality of water is a BIG DEAL when it comes to the quality of whisky. Water makes up most of the planet, most of our bodies—and, no surprise, water makes up a whole lot of the whisky we drink.

As a country with expansive amounts of preserved natural land, water sources throughout Japan are recognized as some of the purest, most pristine in the world. Most of the top Japanese distilleries are in strategic locations surrounded by crystal clear rivers and streams from pure white snow melt.

This very high quality of water is another notable reason behind Japanese whisky’s superior taste.

While popularity of Japanese whisky has recently expanded wildly in the West, it was made to please the palate of not only scotch-loving European descents, but also the people of Japan. Due to centuries of different food habits and distinct cultures, we all have different palate preferences.

Japanese people tend to avoid flavors that are too drastic and overwhelming. This could be why whisky made in Japan is known to be a little smoother and softer than the typical bold and pungent scotch. Distillers in Japan have created a style that is more floral and fragrant to be more pleasing to the Japanese palate.

In order to achieve this world-renowned flavor balance, there are also some typical ingredients that are native to Japan and used in their whisky-making. 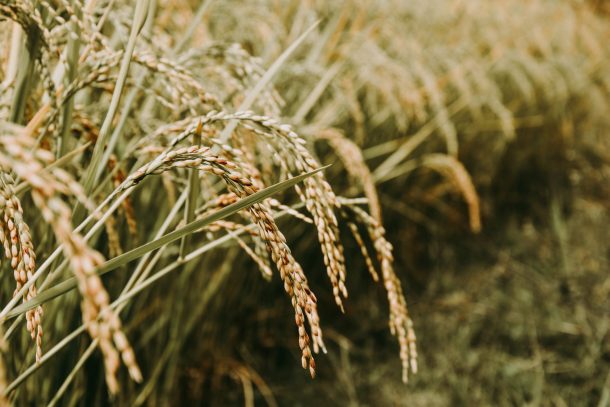 The first and perhaps most prominent—you guessed it, rice. In fact, Japan has more-or-less invented a new style of whisky made with rice. This rice whisky is controversially not always labeled a whisky, but it sure tastes like it. It’s unique and delicious, evoking those sweet mild flavors that we’ve grown to love in other rice spirits like sake or soju.

Another distinctive aspect of the Japanese whisky process is mizunara oak. Many Japanese whiskies are aged in barrels or casks made out of Mizunara oak, a beautiful species of oak tree that’s native to Japan. This age-old oak tree adds special tasting notes that stand out from the usual American oak, bourbon barrels or sherry casks.

A Sweep of Awards

Last but not least, we must mention the ever-important awards. Frankly, Japanese whisky’s reputation of being excellent stems mostly from, well, other people saying so. The whisky world relies on certain awards and accolades to gain traction and recognition. This is how expert whisky drinkers tell us mere consumers what whisky is good and what to try next.

Japanese whisky started to steal the spotlight around the early 2000’s, particularly in the 2012 World Whisky Awards when the Yamakazi 25 Years Old was named as the single malt whisky in the world. This award put Japanese whisky on the map, because up until this moment Western regions like Scotland, Ireland and Kentucky had largely dominated the global whisky market.

This surgence was led by big names Suntory and Nikka, the former of which released the standout winner Yamazaki 25. These are two dominating Japanese distilleries which were originally founded by the same Fathers of Whisky from the early 1900s.

Since then, many other Japanese whiskies have been expanding to the western market, picking up more awards and notoriety on the way. Suntory and Nikka still dominate the space, but have the way for other small distillers who perhaps started distilling more native spirits but have since jumped on the whisky train. 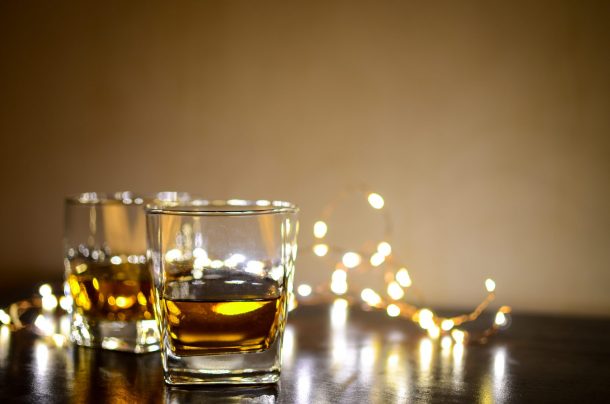 There you have it.

If you’ve been wondering what all the hype around Japanese whisky is, hopefully this helped clear things up! That’s what the Japanese whisky blog is here to do. We believe that the more you know about what’s in your glass, the better it tastes.

Of course, the best way to really discover the nuances and special characteristics of Japanese whisky is to taste it. We recommend tasting as much of it as possible. If you’re not sure where to start, explore our annual best-of lists: